Good Contents Are Everywhere, But Here, We Deliver The Best of The Best.Please Hold on!

If you think people go under the knife just for bigger boobs and smaller belly, these unusual cosmetic surgery trends will make you think again.

The procedure trademarked during the craze of The Vampire Diaries and Twilight Saga, the vampire facial involves taking the patient’s own blood, separating its component to produce a rich plasma with growth factors, and then re-injecting it into the face with tiny acupuncture-sized needles. Dermapen, the tool used for the procedure contains several tiny needles to inject the blood and can presumably make you bleed and cry. Guess who the godmother of this cosmetic surgery trend is? 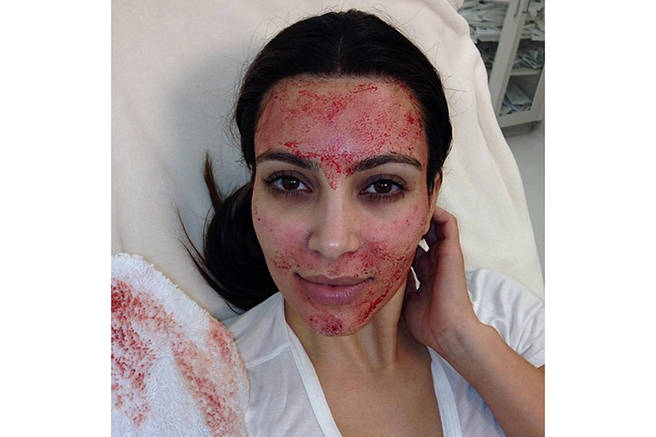 Dennis spent years undergoing surgery to turn himself into a human tiger. Surgeries included splitting his top lip, tooth filling, forehead implants and many other odd cosmetic surgery procedures. He chose to live like a tiger and enjoyed climbing trees and even ate raw meat every day. Sadly, he was found dead in his house and is believed to have killed himself. 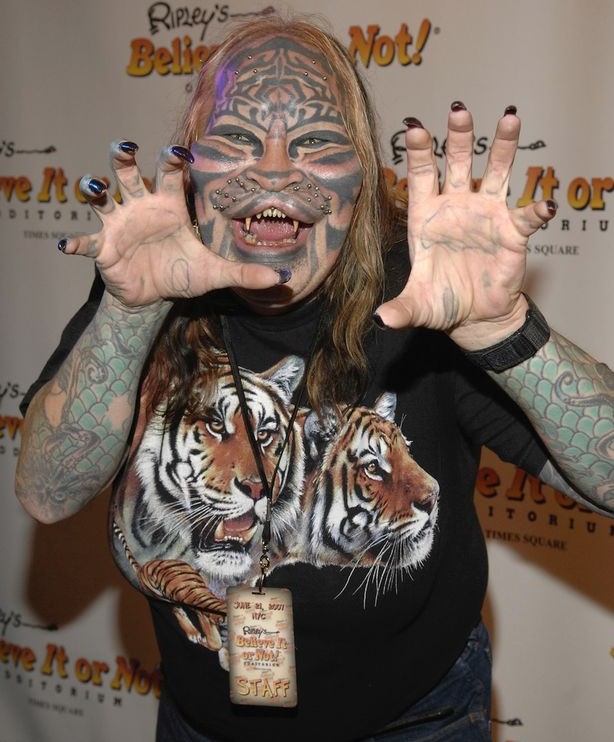 Human Barbie and Ken stirred up the internet back in 2012, especially when they met each other for the first time.  Justin Jedlica, the human Ken started this costly habit when he turned 18 and has had over 90 surgeries to look the way he looks now. ‘Plastic surgery is an extension of me being creative’, he said. However, Valeria Lukyanova, the human Barbie claims to only have had breast implants and achieved the rest of her Barbie-like features with makeup and extensive workouts. 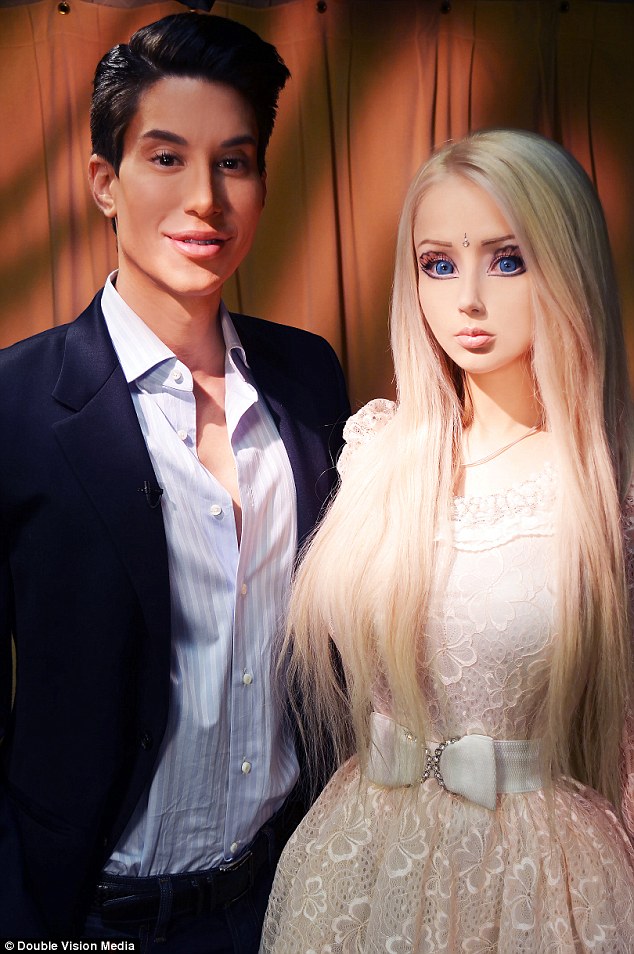 If you don’t like the look of your pet, now there are plastic surgeons willing to change their appearance for you. Widely popular in South Korea and America, pet owners are putting their pets under the knife to ‘improve’ their look. The procedures available for the pets include anti-wrinkle injections, tummy tuck and ear correction surgery. But aren’t pet animals supposed to look cute just the way they are? 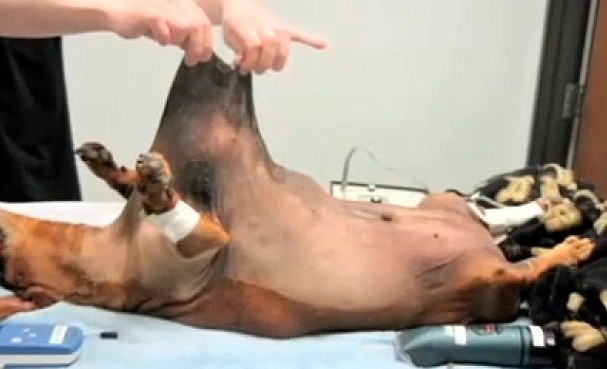 Not everyone likes it when an excessive amount of gum can be seen every time they smile. For that, the surgeons have devised a technique to improve the gummy smile by cutting some of the muscles that elevate the lips and inserting an implant to prevent the muscles from reconnecting. Jennifer Garner is known to have had the gummy smile repair by judging her photos of the past, but it has not been confirmed. 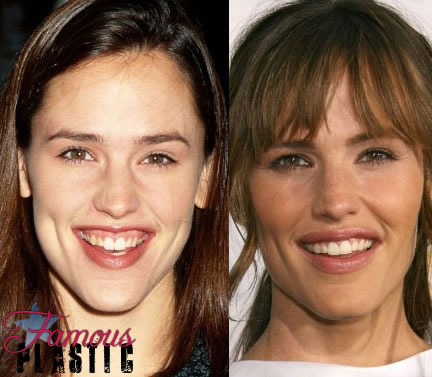 Dimple creation or dimpleplasty is gaining quite a popularity as more people who aren’t lucky to be born with the natural ‘dimples’ on their cheek want one, or shall I say two. Surgeons are surgically able to create natural looking permanent dimples by making an incision on the cheeks and a suture is inserted inside the cheeks which causes a dimpling in the overlying skin. The first few weeks the dimples will appear on the cheek even without smiling but then gradually becomes more naturally present. 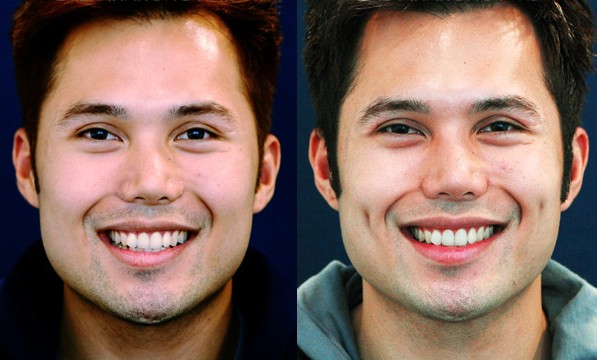 It definitely would be a fairytale come true for women if there was a way to wear high heels without going through all the pain that comes with it. Well, Cinderella surgery is perfect for those who have painful bunions that keep them from wearing high heels. The bone-cutting procedure involves cutting the bone at the joint and moving the big toe to make it straight. 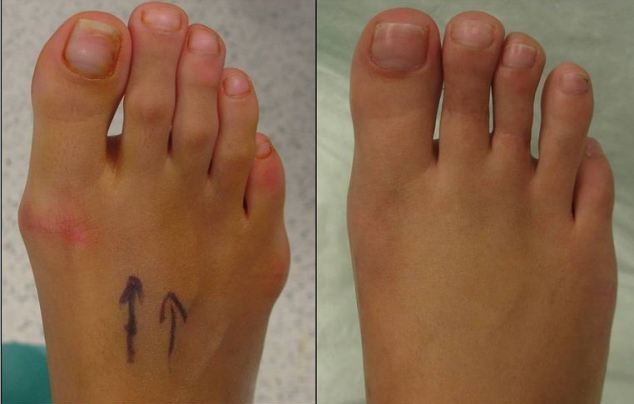 After reading about the human tiger, a person who turned himself into a dog should not come as a surprise. But this is more bizarre than Dennis’s story. This man supposedly had a plastic surgery to sew a dead dog’s head onto his face in an attempt to look like a dog. But is it real or a hoax? 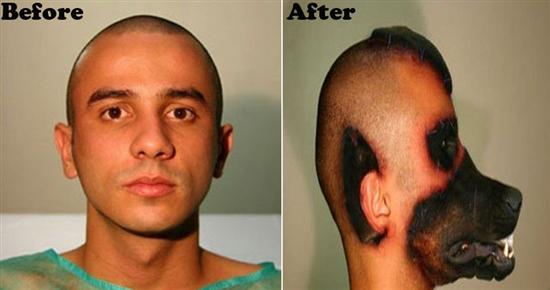 Later on, it was confirmed that it was a part of a Brazilian artist’s work and even though the dog’s head was indeed real, the dog had been put to sleep for a reason and he had permission from the council to use them. So rest assured, it was fake. It would be truly shocking if it had been real though, isn’t it?

No comments so far.